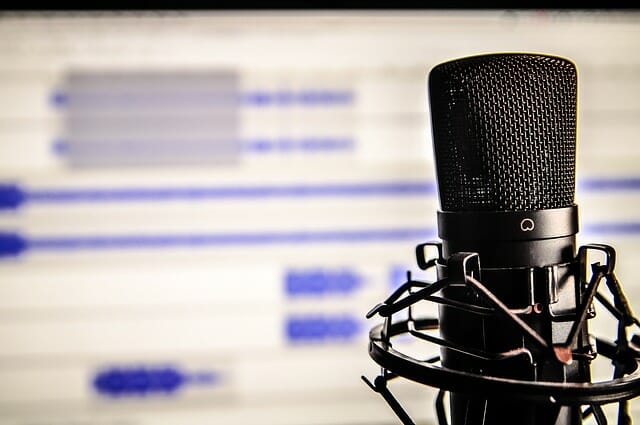 It’s been another busy day here at zapsplat.com recording tons of new free sound effects, some of which were requests while others have been planned for a while. Often, I come across objects during the weekend that I stockpile, ready to be smashed, scraped, swung, thrown and recorded in anyway I can. Here is a quick breakdown of what you can expect to find today:

The weekend was one of those clean up and throw away old stuff kind of weekends, where we try our best to de-clutter the house. My kids are classic hoarders, bringing in anything and everything they find so there’s usually plenty to be had. I managed to find loads of old broken toys that had fallen behind one of their many toy boxes, so I kept aside a few items to smash. One of these was an old cracked plastic bug collector. Having seen better days, I decided its time had come. I firstly set up my microphones outside in the driveway and continued to throw, stamp on, hit with heavy objects and generally do everything I could to destroy it. Recording the impacts, which can be found here resulted in several shards of plastic which were then dropped, scraped and recorded. These would be useful for anyone looking for sweeteners for bigger objects breaking, or in their own right.

This one was requested by email from a member who was needing wet, squelchy baby poop into a diaper sound effects for a cartoon they are creating. The requirement was they needed to sound pretty nasty, but also maintaining a comical edge. I thought long and hard about the best way to create these, as I wasn’t going to try and record the real thing! I tried several methods, from editing existing squelch soundfx to placing cooked rice into a small plastic tub and moving it around, but it just didn’t sound right. Then I remembered reading an article about how a Foley artist often reverted to using their mouth, when needing to create various sounds, and I realised I could probably mimic the sound with good old saliva. So by simply making some wet raspy sounds, I lowered the pitch in Adobe Audition, played around with EQ to give them a bigger squelch and that was all that was required. So, if you need free baby poop sound effects, we have them here.

I frequent many Facebook groups used by members to request sound effects or ask where to find them. One specific thread came up recently that got me thinking. The original poster was asking if there were any grab sound effects libraries out there that contained a wide range of different objects being grabbed by the human hand. To my surprise, there wasn’t any dedicated libraries, so I decided we should start to produce such sounds. I’ve actually been working on quite a few recently, so if you search for ‘grab’ in the library, you’ll find many objects being grabbed. But today I focused on metal and wood. I simply found a small metal pole and a wooden stick and recorded several version of myself grabbing it and catching it. Easy to record and highly useful Foley.

A user of Zapsplat emailed to ask for some different versions of some male radio voice sounds we already had, with a slightly harder tone and warmer effect. This was easy for me to create as the original ones were my voice. So I re-recorded the desired sayings and added slightly more chorus and added some extra stereo width. In this case, the phrases were the numbers 1 to 10 and some others too. Go find them all in our Radio Production sound effects category.

That’s all for now. I’ve been in touch with some new recording locations today, so next week, expect parrots and other tropical birds plus some yacht race sound too.