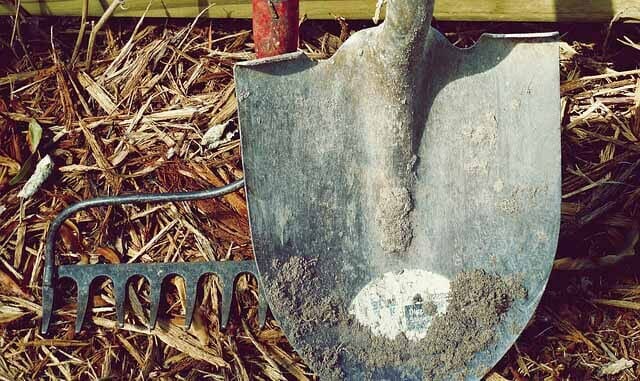 A morning in a basement

I have a friend who is one of those guys who can fix almost anything and as such, has a tool for almost anything. He has a basement full of hand tools, power tools, old boxes, metal cases and loads of things any Foley studio would absolutely love to get their hands on. I’ve been wanting to get down there for months to record sound effects, so Friday was the day I finally managed to do so.

It’s not like me to be overwhelmed when I enter a recording location. However the basement offered so much, that I literally didn’t know where to start. So it was obvious to me the only way to tackle this fantastic space was with a logical approach of nearest the door first and move through recording in sequence. First up was a pile of old shovels, axes and other heavy duty hand tools.

The shovels make a great sound when scraped along the concrete ground, so I started with this. I then moved outside and started digging recording variations of single shallow digs through to multiple heavier and deeper ones. I recorded the sound of the shovels being knocked over, leaning against the wall etc. I always take an approach of recording every possible sound an object makes so I literally spent over 30 minutes with just one shovel. I quickly realised that to record the sound effects of everything in here was going to take more than a single day.

Next up was an axe. It was an old one that had seen many hundreds of hours work and sounded as good as it looked. Again, the aim here was to record as many sounds as possible, from scrapes, put downs and pick ups through to chopping wood. Luckily in the garden was an old tree stump, so I went our and recorded several impacts.

There was possible every size of drill bit on offer in a small plastic tub. So I took the opportunity to record as many as possible being dropped, rolled and rummaged through. On the table was also two very old metal hinges that made an amazing sound when being moved. This got recorded as did the sound of them scraping together.

There were huge tubs of old wrenches and other tools which I have no idea what they even are. So if you need a generic free sound effect of a metal tool, we likely have something that will work for you in our hand tools category. Again, I recorded several variations of movements, pick ups, drops etc.

I found a great post driver that made a fantastic hollow metal tone when banged on the ground or when hit with an object. It also sounded great when dragged on the ground and moved around. I suspect these free sound effects are useful for many different things, not just post drivers, so go grab them and use them for whatever suits. There was also an old bicycle, so I recorded the bell ringing.

In the back there was several old metal gates, frames of some description and an old metal empty oil drum. Not wanting to waste the opportunity to get metal sound effects, I did what any budding sound designer or field recordist would do and recorded them dropping, scraping, being hit with various objects and more. There are some really nice scrapes on the oil drum which can be used for industrial soundfx or edited and modified for things like horror sfx etc.

Lots more for the next visit

I literally didn’t have time to record everything and I probably only managed to get through 20% of items there. One of the things I would have loved to record but didn’t dare try was a large old firefighter pump. I think it runs on petrol or diesel and requires someone who knows what they are doing to operate it. So on the next visit I’ll be recording this, plus lots more. Watch this space for more on the next trip.

We’ve thousands of free sound effects in our library for you to download. Head over to our categories page to view them all.