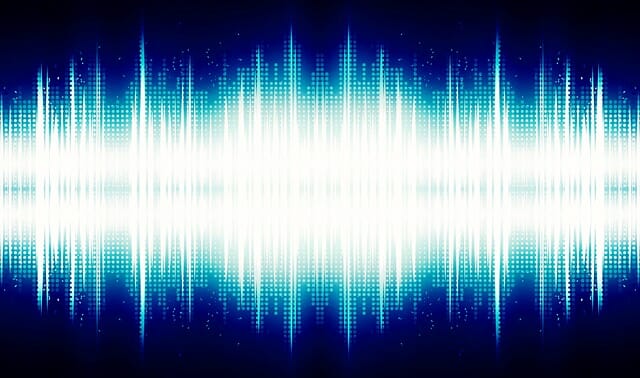 Chugging low-fi computers, high-tech data exchanges, harsh glitches and noise, UI sounds, power ups and power downs, intricate mechanisms, robotic and mechanical buzzes, record scratch-like effects, buffer effects can create them all. So if you’ve never used them, keep reading for an explanation of what buffer effects are and how they work and if you have, hopefully this article will have a tip or two that might help your workflow.

At their core, buffer effects are looping tools. They capture audio, store it in an internal buffer, hence the name, and loop it according to various criteria. Depending on exactly how they are fine-tuned, the result can be beeping or buzzing if the amount of audio in the buffer is very small or similar to a delay with no decay if the buffer size is larger.

Obviously, the exact parameters that appear in different plugins and their naming conventions may vary, but here are some parameters you might expect to encounter.

Size: This determines the amount of audio in milliseconds to be captured in the buffer for looping.

Repeats: This determines how many times the audio in the buffer is looped before more audio replaces it.

Speed/pitch/ratio: This determines how fast audio in the buffer is played back. This acts like a vary-speed control not like a pitch-shifting plugin so the pitch can be adjusted over a wide range without artifacts.

In some plugins, the option exists to reverse the captured audio, which, particularly when combined with the vary-speed, can radically alter the sound in very interesting ways.

Where it gets really good!

Many buffer effects plugins come with extensive modulation options so all these parameters become dynamic using different LFOs. Time can seem to slow down and then work backwards before winding back again with a sine way modulating the speed.

Low-tech, retro, Doctor Who or Thunderbirds style computers can perform calculations busily by modulating the buffer size with a square wave or a sample and hold pattern.

…and so on. Sometimes, even more complicated options exist in which you can modulate the LFO rate with another LFO or even the LFO wave form, which allows for even more complex sounds. See how much busier and believable the computer sounds now that the rate of this square wave is randomly modulated?

Even if the buffer effect you come across doesn’t have much in the way of modulation capability, the automation options in your DAW will serve the same purpose.

Where it Gets Complicated but Exciting

Buffer effects are very input dependent, that is to say they can produce a broad range of results with most settings depending on the audio they’re fed. This means it’s not always easy to tell what exactly will come out and there’s a fair chance that not everything that comes out will be usable. Often you’ll find you need to cherry pick snippets of the audio. This can be time consuming but well worthwhile as a five minute piece of mundane source material could produce hundreds of different sounds from UI effects to Star Trek-like communicator static to mechanical Foley sounds for your latest sci-fi weaponry. Thing is, chopping up your audio isn’t as easy as it looks.

If you set a large buffer size and lots of repeats, the buffer won’t play anything for a while as it fills. So you may listen to your five minute audio from the beginning, hear something awesome, identify the place where it occurs, create a time selection and try to print the result. The trouble is that if you start the process at the point where things get exciting… they won’t. By the time the process has revved up, whatever triggered the effect in just the right way will have been and gone. Also, you may need to allow enough lead time for your LFOs to put all the parameters in the right place. In short, everything will sound different depending on where in your project you start so it can be easy to lose your way. On the flip side, this of course means that one piece of audio could have tremendous potential because different parts will be altered differently depending on where you play from.

The answer is to destructively print the whole five minute audio clip to a file and browse that for the good stuff. Then it becomes easy to select exactly what you want without anything pulling the rug out from under your feet. The disadvantage to this of course is that, once printed, it’s more difficult to make changes without going back to the source and reprinting another version of the file so you have to be sure that you have your settings the way you like them and this can involve some trade-offs.

Setting a greater number of repeats means that, with many settings, if you get something particularly good, you’ll get more of it – a nice long chattering or stuttering loop for example or an interesting buzz. However, the greater your buffer size and the more repeats you allow, the fewer snapshots of the audio will be taken so the fewer different sounds you’ll have to play with. This can be particularly problematic with dynamic audio, where you have great quiet sections. You might waste a lot of time listening to 128 loops of near silence while your cursor zooms over far more interesting things the buffer isn’t ready to capture. The fewer repeats you have, the quicker a particular sound will be over unless you extend it by looping it manually. Of course, short sharp sounds may be just what you’re after, but it’s worth bearing in mind.

The final pitfall to be aware of when working with buffer effects is that they can produce a lot of pops, clicks and crackles. If you’re producing glitchy sound effects, this may be just what you want, but an intricate power-up sound for a high-tech machine or something similar will be less forgiving. Using eq to remove fuzz or a click removal tool after the buffer plugin in your effects chain can work really well. I use RX Declick and, though on some settings it introduces significant
latency, it allows me to keep the low-fi/grunge/glitch factor tamed.

To sum up, buffer effects plugins can be incredibly powerful and give the sound designer many more options for creating sound effects from the artificial and abstract to the intricate and realistic. Unlike with the application of other effects though, unless you’re a real power user, you’re unlikely to have your perfect sound or layer for a sound in five minutes. Getting the most out of buffer effects takes time, experimentation and a methodical but adventurous approach mixed with
luck. The luck produces the alchemical combination of the right part of the right sound with the right plugin settings, the methodical approach isolates and enhances that to make it fit for purpose. Once aware of the pitfalls and with practice though, it’s possible to create very striking and compelling sounds.