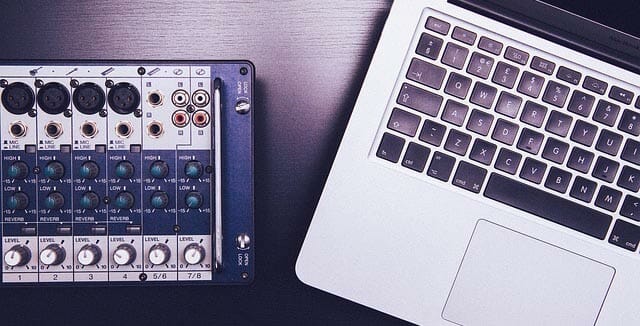 I love designing sound effects for games. In fact it used to be one of my main income steams. A few years ago I worked mainly as a freelance sound designer and would often be commissioned to work on the audio for games ranging from Facebook through to Hasbro and more. Often the smaller game creators would come along with the specs and those would be ‘we are not sure what we want’… this challenge was always greatly accepted and being handed the creative reins was a huge honour. That trust being put in your hands also came with a fair amount of stress, especially if the timeframe was tight, which often it was.

It’s very important however to get a real grasp of the game that your working on and the game play, general design and feel etc. Usually you’re given at least a video of the game in action, but better was to actually be able to play an in-development version. Only then can can you really get an idea of what your working with.

One you’ve been given the job, had a play or at least seen the game in action, next I’d research. I’d find similar games and play them. I’d watch videos of older games in action for some ideas. You have to be careful here as not to copy other game’s audio. They all have copyright attached to them and you don’t want to steal another sound designer’s thunder. But it is vital to get a grasp of what is expected of you. For the first few games you’ll be doing this often, however as you get more experienced, you’ll know what kind of sounds may work.

I’d always create a set of general sounds (level complete, fail, pick up objects, jumping, weapons etc) that applied to the game and send them over for evaluation by the game dev team. Getting a thumbs up or down or even just a ‘this is sort of what we want, but try…’ helps you to nail the right feel. Once you agree with the dev team as to the direction, then the fun begins.

More often than not, I’d start my work in a software synthesizer. I still use Logic (I always have) and some of the classic synths that come with it. The ES2 for example is a powerful instrument and can produce some amazingly deep sounds. However, for the kind of games I usually work on, this depth isn’t required. I quite often would start with one of the many presets and then play with parameters, modify the sound to fit what I want. Then it’s just a case of tinkering until you find the right sound. As an example, I was recently tasked to create the ‘star tally at the end of a level’ sound. In the game the user collects stars and at the end of the game, those stars are added up on screen… obviously the sound of small sparkly stars bursting as they are counted wouldn’t work with a dog bark sound, so some simple high pitched bright bell like sounds worked best. Here is an example.

It’s important to understand that inherently, people expect certain objects to sound a certain way, we’ve just evolved to know this. So we know a large bus will have a deep rumble as it passes, or a pin dropping will be a light, weak sound. Our brains match what we see to what we hear. Game audio design is very much based on these principles (or at least the non-abstract ones). 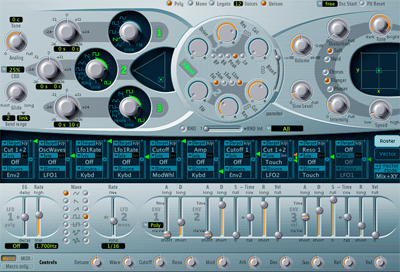 So for that star collection sound there were a few things to consider. The sound would need to be repeated as per however many stars the player had collected. For this it’s important to ask if one single shot sound is acceptable, or if they would like different variations for different amounts. If a one-shot sample if fine, remember it will be played in sequence depending on how many are required. This likely means it needs to be a short snappy sound, but one that loops well. Test it out. Loop it and make sure it works.

Quite often when I make such sounds I literally used one or two synths (making sure to not use a preset and make these my own work) and many sounds consist of only 3 or four notes.

The right sound for the right action or emotion

Getting the right sound for the right action or emotion is vitally important. If you’re creating a fail, lose life of general negative sound, often a lower note or sequence in terms of pitch works as do minor chords that produce a more ‘sad’ sound. Electric pianos work really well for error sounds when played low and hard. The distortion on the key when low pitched creates a classic error tone. But consider the game. I once did the sound design for a cute bear game. All the sounds centred around the design of the graphics and game play and that meant they were light and twinkly (I mainly used a glockenspiel). So even the error sounds where twinkly too. It took some playing around to get it right but it worked.

There is a trend as of this writing for games to have a more retro feel. Not necessarily 8-bit, but just more ‘arcade-like’. Creating these sounds is great fun. If tasked with this, then working with simple raw waveforms works well. For example a sawtooth wave pitched down with the notes played in monophony creates a very convincing 1980s’ arcade game sound. But is this a step too far? It depends on the game.

Considering the sound with the music

When designing sound effects for games, consider that they will eventually sound at the same time as music. Also, will any of the sounds you create likely play at the same time in game play? These things are important to consider and can easily be tested. If for example the sound of a characters footsteps sounds similar to (of has the same frequency ranges) as the sound of the character dropping an object, then it’s wise to play them together to make sure the sounds don’t mask each other, or that the frequencies don’t have phase cancellation. The latter is more unlikely, but is worth pointing out. What is the game’s primary platform? If Facebook, is it likely that the majority of the players will be on mobile? Most developers will give you this info at the start, however if not, you need to ask. If a game sound will come through a cell phone speaker, there is little point in adding those deep base LFE rumbles, as the speaker just won’t handle them. Should the sounds be stereo or mono? This is vital to know, as if you create stereo sounds for a mono game, once the audio is summed to mono, it’s likely that some sounds will have phase issues. Mono compatibility is a important consideration.

As said before, good game developers will give you all the info you need. But inexperienced developers may miss this stuff out. Ask, ask again and then ask. Don’t be worried about asking too many questions. Get it right and this might not be the only game you work on. Many game developers have a certain style, and if you’re game sound style works for them, you’ll find you are asked again and again to work on their projects.

Do you need to invest heavily in equipment to get into game sound?

I’m going to say no. Why? Because if you’re starting out, you’re highly unlikely to be approached by Ubisoft to work on their next release. I found the best place to start was to build a small portfolio of small indie games and then use that to work up to bigger projects. I also worked for free on my first few games just to get a foot in the door. This is now a very competitive market place. You could even take a YouTube video of game play (there are thousands) and remove the audio and add your own over the top. This will give you valuable experience in matching sounds to onscreen game play.

The most expensive thing you’ll have to invest in is a computer, either a high-end PC or a Mac. It needs to be able to handle a Digital Audio Work station. Then you’ll need to buy the DAW. As said earlier, I use Logic. You’ll need a USB controller keyboard (you don’t need to be a musician, but playing in simple note combinations with a pencil tool on screen just is too time consuming) and some decent headphones or monitors. As with music, you want to monitor with headphones or speakers that produce a flat sound. Consumer headphones tend to colour sound (adding a boost to either the low, mid or high-end) and you want to supply your sounds flat. I personally have always used Beyer DT100s but you could also look at others, including the Sony MDR-7506.

Don’t forget to get feedback from the developers as often as possible. Show them your progress and ask if you’re on the right direction. You don’t want to be in the situation where you’re asked to redo your work at a later date.