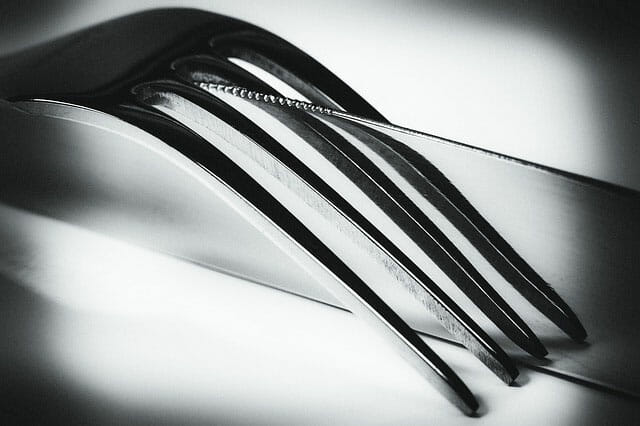 Creating sound effects from things around the kitchen

Yesterday I posted up some sounds recorded quickly around the home, just so we try to keep to our promise to upload new sounds everyday (well, that’s the aim).

We’ve just uploaded the last of those. Simple cupboard doors opening, closing and cupboard unit movement. Also we played around with some kitchen utensils. We used the small metal whisks to record some light, loose metal impacts and rummaged around in the cupboards, while recording the result.

We were recently asked if we could add some more fight sounds, the kind of karate chop swooshes that are also particularly useful sound effects for knife swipes and other, lighter cartoon uses.

Experimenting with the metal whisk, making very fast swiping through air movements produced some really nice sounds. We used these for the knife swish through air sound effects just uploaded.

I always carry around with me a Zoom H2 recorder. Sure, not the most high-end device out there and a little old, but it does a good job when it comes to a small recorder that sits easily in the pocket and is durable. It’s also cheap so as not to worry about damaging it. Last week I used to to capture various sound effects while out and about. I’m off to edit these and uploaded them next!