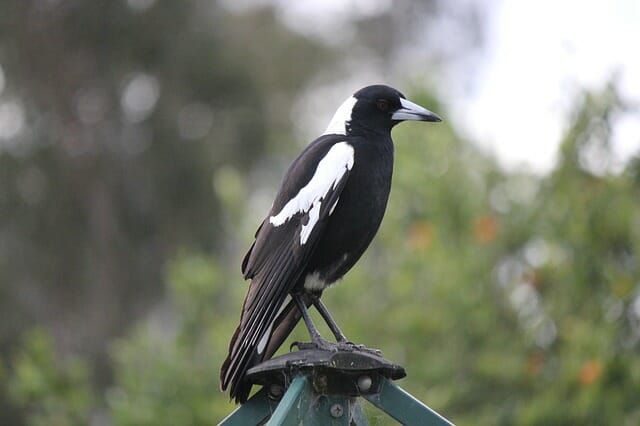 The main aim for today was to record some medieval style torch sound effects, which we did but then a few other opportunities came up, including a miracle magpie. Read on to find out more…

First up today was the torch sounds. I actually had already recorded some of these a while ago and added them to the library, however I realised we needed some different versions so today I set about recording them. I found an old t-shirt and ripped a long section from it, wrapping it around the end of a large stick, tying it nice and tight so it won’t come off when alight.

Next I used some mentholated spirit to soak the t-shirt rag for easy lighting. Once alight I recorded several close whooshes, a few further away and some fast a slow versions. They can be downloaded for free here.

If you plan to try and record such sounds yourself, please do so with care. Recording fire is dangerous and takes planning. Make sure you’re working in an area away from children and animals, that there is nothing flammable close by and make sure you have a way to extinguish the fire after recording.

As many of you are probably aware, we are based in Australia (on the east coast, about 100km north of Brisbane) and we are about to enter magpie swooping season. This is when these amazing birds start nesting and the males start swooping on anybody/anything that gets close to the nest. But they are also now looking for food sources and I have a couple nesting in a tree outside the house.

For the last few days I’ve been trying to record the amazing sound these birds make with no luck. However today I was sitting at my desk in the house working away when one of the birds walked right in and started singing in the doorway for me to feed it.

I was lucky to have a recorder to hand and was able to record the bird before rewarding it with some raw mince meat for its performance. I hope to try and capture more tomorrow. Here is the recording.

I’ll be adding many more sounds this week so watch this space!