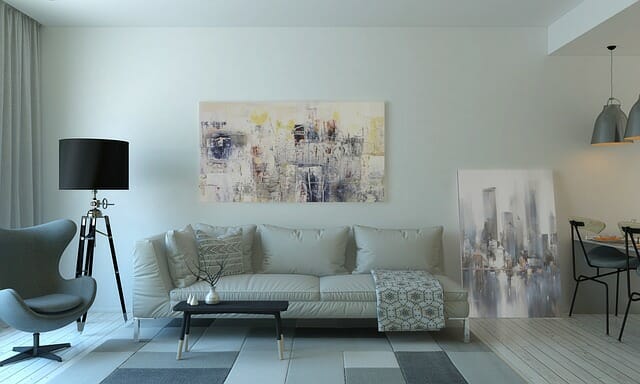 How to find value in recording everyday items for beginners

I was asked a little while ago by someone how I came up with new ideas for recording sound effects, given that I upload over 300, sometimes as many as 500 new sound effects per week. This got me thinking how best to answer the question. Actually the answer is quite simple and I want to explain my approach to recording and how I source the objects and ideas I record every week.

The truth is, sound is everywhere, we just don’t pay much attention consciously. Within the first few minutes of each day, when we wake up, our ears are hearing hundreds of sounds. Think about it, what’s the first thing you do when you wake up from a good nights sleep? For me it’s check the surf report, and go put the kettle on. If my kids are up before me, which is always, they often are my alarm clock, it’s them walking in to my room with a clumsy half awake stagger. Now if I was to list all the sounds present in those first few minutes of my day, it’d be a long list. The sound of my body moving on the bed, my head on the pillow, my arm reaching for my phone, the kids walking into the room, the curtains being drawn, the birds outside, the kettle filling up, switching on and boiling are just a few.

The sounds in your daily life often go unnoticed

Now consider the entire day and you’ve likely hundreds of thousands if individual sounds at play. For me, the process of simply taking myself away from any external distractions and listening gives me plenty of ideas. I often do this, maybe take a day off and go about my day with a notepad, jotting down all the sounds I hear and using that list as inspiration for my next recording session.

Another process I go through is to watch TV. Now I must say I don’t watch much, or many movies for fun, because I simply don’t enjoy it, however if I do I again make a note of all the sounds I hear onscreen and use this as inspiration. Go watch an animated movie and listen to all the sounds you hear… all of those were added in post production, so consider if you owned all those sounds in your library, you’d have a massive highly useful sound effects library that so many movie makers, animators etc would jump at the chance to own. Even normal non-animated movies contain mostly sounds added in the post production stage (Foley) and were created for the film.

When I monitor new libraries coming onto the market, I am surprised at how many people neglect the fact that libraries of footsteps, clothing movements, body movements, object sounds in the home, workplace and other spaces are not catered for. When I say that, I am not implying that there are none (in fact there are thousands of good Foley sound libraries out there) but it seems to me that the lure of recording nature, cars and other more (likely) enjoyable things often take priority for some, in my opinion (I am guilty of this too). There is a huge demand for these so obviously many sound designers and recordists prefer to focus on these and make a good living from it, but for me, I love recording the often overlooked sounds that so many people need for their productions. How do I know? Well we have thousands of users per day and it’s these things they search for and ask for just as much, if not more than a Porsche, thunder or the sound of waves lapping on a tropical beach.

The beauty of recording such mundane things is that they’re all around us so we don’t have far to go to record them, or have to spend much money, if any, accessing them. Also, they’re sounds that people find useful. It’s these sounds we don’t even notice when we watch a movie or TV program. Watch the video below by Pro Sound Effects and see this sound mixer in action, adding all the elements to bring this short movie scene to life. It explains this well…

If you’re new to the world of sound recording and are reading this thinking ‘but how can I afford the equipment to get started’, then fear not. Actually, you really don’t need to spend a fortune on equipment to get some decent sounding recordings that you can sell online. I actually wrote about this previously here if you want to take a read, but to summarize that article, you can easily use a Zoom H4N or any other budget recorder with built in microphones to get started (note, that’s not an affiliate link, just a recommendation). Paul Virostek has written much about all types of recorders and microphones for any budget on his website which I highly recommend you read.

Another handy tip is that you also don’t need to go out and spend a fortune on acoustic treatments to create a space to record in (to eliminate the room reverb you might get when trying to record at home). I have a studio, but often I work and record from home. One of the best spaces for capturing natural, uncoloured recordings is in my kids bedroom, inside the bottom bunk which is surrounded my bedding and soft furnishings.

So, as you can see I am able to source and record many sounds every day and I haven’t run out of ideas yet, even after almost 20 years of recording sound effects. I also know that the sounds I record and release on this website are highly useful and are downloaded and used every day by thousands of people in projects ranging from YouTube videos, games, movies, TV shows and more. I supply multiple variations of each sound so that the user has access to different intensities, positioning etc should they need.

I started out recording with cheaper equipment (some of these sounds are still in the library and are still popular) and once you start building up an income from these sounds, you can invest in better equipment.

My main advice here is don’t follow the crowd and record the same old stuff that is already out there. Listen to the environment you’re in at any given time and take note of what you hear. It’s likely that many people would benefit from those sounds as recorded audio and you can make a living from it too.