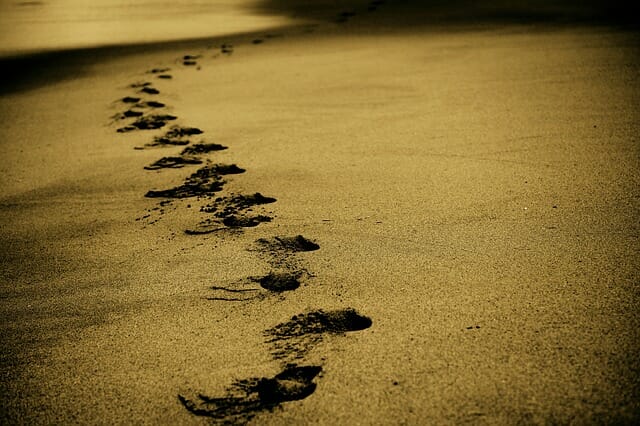 I’ve been thinking about writing a post such as this for a while, and it’s one that’ll probably be updated over time. The subject of this post is about how I try to keep the free sound effects (and music) added to zapsplat fresh and exciting. What am I talking about? read on…

I’ve been in the sound industry for 18 years or so, as of this writing. When I started out, there were just a handful of online sound libraries out there and some had barely even made it online. The likes of Sounddogs, Sound-Ideas, Partners in Rhyme and a few others, some of which no longer exist where my first experience of the industry.

When I was studying music production at Northbrook College in the UK, I was pretty keen to get out and start working, so when we were tasked with finding some work experience, I instantly got on the phone (no smart phones then) and called around. I eventually got lucky with a studio in London, working with a renowned voice over artist who had just upgraded from a small vocal booth under the stairs with a cable running up into a small studio in the attic, to an amazingly advanced ProTools equipped dedicated studio that was bang on with my education (technically) at the time.

I spent the best part of 5 years there, eventually leading into paid work, but the commute to London from my home in Brighton was just too much and eventually I stopped. But the experience there led to one very important thing in my life, a love of sound effects. Studying music production didn’t leave massive scope for me to peruse this new-found desire for location recording and I quickly found myself wanting to start my own business. I actually quit in my final year at Northbrook to set up my first sound effects library. It was 2003, and although I had been recording sound effects from around 1997, I purchased my first proper recorder and microphone and got to work.

Why am I telling you all this? Well, back then, starting with no sounds in my library, everything I saw and heard, I recorded, it was an exciting time and I quickly built a library of several thousand sounds. Everything from footsteps to the toaster popping up, rivers, the ocean, planes and more. I just couldn’t stop. There were fewer peope in the industry recording and although there were obviously many sound libraries out there, so many were old and quickly becoming out-of-date.

This carried on for several years until one day I realised, I’d recorded so much it was becoming much harder to source and record unique sounds. There are only so many rivers and waves you can record before you start to repeat yourself and your library becomes bloated with content that fewer people will find useful. Do you really need 1000 different sounds of the ocean on the same beach?

Now, 18 years on, my recording schedule is still as busy… I record from around 9am to 6pm Monday to Friday and after so long, finding fresh and exciting things to record is much harder. However, this also brings me to the point of demand. These days you’ll notice that zapsplat.com sees lots of new content added daily, and some of it isn’t anything new. I record and add new footsteps regularly for instance. Why? Because I’ve realised our users are looking for way more than I originally recorded. Using footsteps as an example, there are hundreds of variations people need. Obviously different types of footwear and surfaces, but also speeds, intensities and variations of all of these. Software is starting to become advanced enough to offer tools that automate the process of variation, but being able to supply the source audio in the library is also massively beneficial to the user.

It’s the same with oceans, rivers and other nature sounds. I try very hard these days to only record new sounds such as these if there is a reason to. Having moved to Australia, I have hundreds of new and exciting places to explore and many waterfalls and creeks. But does a river here sound different to a river in the UK? Mostly no, unless of course you also want to capture the wildlife around it. But I am now starting to record rivers, waterfalls and the ocean at different distances, using hydrophones, contact microphones and other tools to capture the sounds in new, unique ways.

Our Foley library is growing rapidly, because with technology advancing and becoming more accessible, there are more indie filmmakers, YouTubers and other audio/visual creators getting stuck in. The need for sound is increasing faster than ever and we are seeing that demand being catered from by a growing number of young and enthusiastic sound designers and filed recordists. It’s an exciting time. So with this in mind, I am constantly working on sounds that other’s often neglect in their libraries. Things that seem mundane and boring to others, to me and zapsplat users are valuable assets to the library.

I do, however find an increasing urge to explore locations further afield. I don’t plan to stop developing and growing our Foley library, local nature sounds etc, but I do want to get out my passport and explore the world. So this year I have started planning trips abroad. I’d love to go on safari in Africa, travel through Asia, record the hustle and bustle of Tokyo, the quaint villages of Indonesia… you get the picture.

So keeping things fresh and exciting is important to me and keeping the library here growing with new, useful sound effects is my priority.