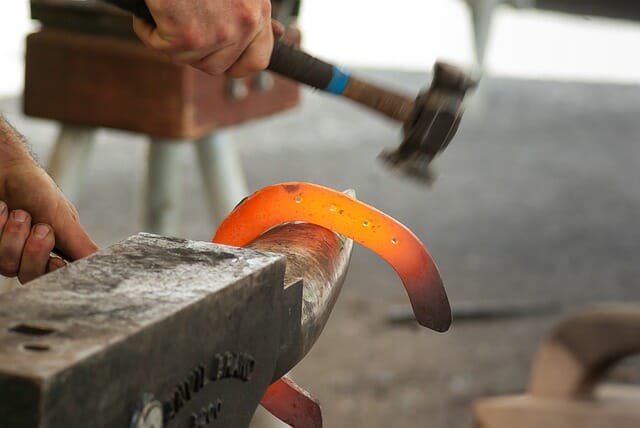 After receiving Adam A Johnson’s huge submission of free sound effects, I’ve been busy preparing and uploading them at a rate of about 100 a day. Also I’ve received some more fantastic sounds from Free To Use Sounds so have been working on getting them uploaded too. Marcel and Libby are still in Vietnam and still recording!

Today we released 58 new sound effects (so far) which include:

It seems Adam has been spending a lot of time on a farm and his collection has loads of great free animal sounds. These chicken clucks and squawks come from a chicken coop from one such location. What I love about these recordings are the birds obviously did what Adam wanted and stayed still. I’ve tried recording chickens before and their nervous and active nature means it’s hard to get a good recording of one that’s noisy and still.

If you need these sounds, you’ll find them over in our Animals category

I recently passed a traditional blacksmith workshop here in Australia and enquired about gaining access to record. Unfortunately due to insurance reasons, they don’t allow general visitors. So when I found these blacksmith workshop ambiences in Adam’s collection, I was pretty pleased.

We’ve just added a selection of saxophone stabs, runs and riffs to the library. These range from short to medium in length and can be used as samples or sound effects. Some are cool and jazzy in nature and others much more comical. I would think these will have a real mix of uses!

I absolutely love these skiing and snowboarding sounds that Adam recorded somewhere in the world. They capture the sound of a person gliding past at different speeds and stopping. Also included are some ski binding clicks and movements and some fantastic ski slope ambiences. The can all be downloaded in our winter sports category.

You can never have enough doorbell sound effects. Adam has recorded some great modern doorbell chime sounds which range from simple single rings right through to impatient multiple rings. Just last week I was tasked with recreating an old vintage doorbell sound (like the one used in the movie, The Sound Of Music) which I did and sent off to the member who requested it. I’ll find it and upload it when I get a chance this week.

I’ll be adding in Free To Use Sounds new sound effects later today or tomorrow, so watch this space for more.