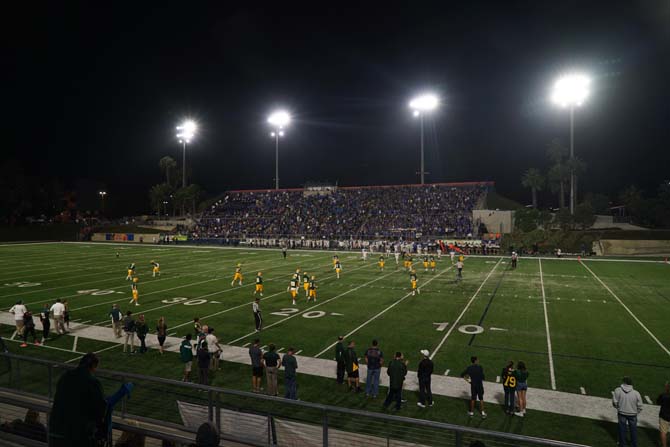 Our contributor Marcel Gnauk from www.freetousesounds.com has been very busy recording more amazing sound effects on his travels of the globe and today we’ve added 55 new sounds that include the crowd at an America football match, jungle ambiences and other sounds from Thailand. As usual the quality of the contributed sounds is amazing, recorded using only professional recorders and microphones and edited to a very high standard. Below is a breakdown of just some of these sounds:

Nothing has a more electric atmosphere than a large sport stadium full of excited people. So these American football crowd sounds are a very welcome addition to the zapsplat.com library. These sounds were recorded during a high school football match and include everything from general crowd walla right through to in-game atmospheres, crowd cheers, screams and shouts at touchdowns, boos and more. There are also sections that include drums and percussion to really bring the atmosphere home.

These sounds are also very likely to be useful for other sports crowds and can be layered to create an even bigger crowd.

Traffic sounds different depending on where you are in the world. Western traffic tends to include more modern cars and vehicles while Asian traffic often is more motorcycle based. These traffic sounds were recorded at various spots in the Thai city of Chiang Mai, and include the hustle and bustle of the city with cars, motorcycles, trucks, buses and the iconic tuk tuk.

There are variations that also include on wet and dry roads, through puddles and even under bridges with the traffic passing overhead. Check them out here.

If you’re a regular here at zapsplat.com you’ll likely know one of my passions is recording nature, and there is nothing better than the sound of insects and birds in tropical counties. Marcel has spent much time in such warm and humid climates recording all manor of nature sounds and these Thailand jungle sound effects are up there with some of his best. From the rising and falling sound of cicada buzzing in the jungle canopy, through to rivers with a warm, insect and bird backdrop, these ambiences are stunning and a must if you’re planning on creating a tropical atmosphere.

Some of these sounds actually came from a recording session where Marcel became lost deep in the jungle. You can read more about his experience here.

So we say a big thank you to Marcel’s generosity in sharing his sounds with us all. We only add a few of his sounds and normally shorter versions, as Marcel records his ambiences often for several minutes at a time. You can go grab his entire library including all the full-length sounds here.