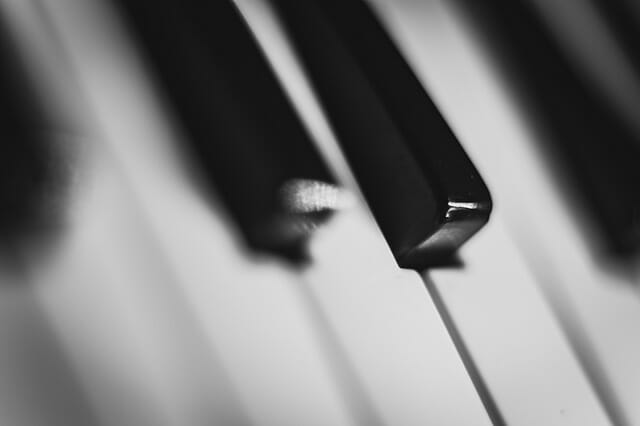 We’ve just released 29 new free royalty free music tracks and 102 new free sound effects for you to download in both mp3 and wav format. So we thought we’d introduce you to our latest music contributor and also tell you a little about the new soundfx in a quick update.

We’re extremely proud to be able to offer David’s mix of music to our library and we know many of you will find his tracks enjoyable and highly useable in your work. David’s talent as a songwriter, composer and producer is clearly heard in his work. There is a real mix of musical styles on offer from middle of road and easy listing, rock, country and bluegrass right through to children’s music and festive treats.

One of my personal favourite tracks is The Long March, which brings traditional Celtic instruments and melodies that build into a song that delivers awe and beauty. All of David’s music can be downloaded and used for free in your projects here.

If you’re a follower of zapsplat.com, you’ll know we have a passion for metal impacts. Some of the earliest sound effects we added to the library were these and every time I come across something metal and hittable, I just can’t resist. Many years ago I was walking through an old empty building site when I found a huge metal pole, quite possibly scaffolding, and I remember picking it up and dropping it, and it made an amazing resonating clunk, the kind you hear used for cartoon impacts. Until today I have never been able to replicate it. It wasn’t until my son kicked his soccer ball very hard at our garage door that a metal pole fell down (luckily nothing to do with the door) and as it hit, boom…. There was the sound.

I’ve recorded several hits, drags and scrapes which can be downloaded in our metal sound effects categories.

I found an old children’s ukulele sat by the side of the road the other day and stopped to pick it up. I took it home and played around with the strings to see what sounds I could get. Strangely it wasn’t until I used an old battery to hit the strings with that I realised it made a really great cartoon sound. So I set to work recording as many variations as possible. I recorded the battery hitting the strings, hitting then sliding up and also down the strings. The sound is very useful for many cartoon sfx applications including jumps, slips, slides, falls etc. Grab them here.

I had to kick myself today when I found The Game of Life, a board game in one of the children’s old toy boxes. It has a spinning wheel that was almost ideal for some sounds requested just last week. I managed to create those with some creative techniques, but obviously recorded the game’s wheel spinning round with as many variations as possible today.

I found some old toy dollar notes along with the games in my children’s toy box, so gathered them up into a nice big wad of cash. But as it wasn’t the real thing, the next best thing to do with it other than spend it was to record it. There are loads of new sounds created with these, from flicking through the wad, putting it down, dropping it and more. If you’re working on a film, game or app (or even a presentation etc) you may well find these sounds useful. Head over to our Money category to download them free.

Like the earth shaking footsteps you hear in a good Jurassic movie, as a dinosaur walks closer and closer, I wanted to create some heavy distant footsteps for this exact purpose. These were actually simple to create. I have a very hollow and wide floor in my studio kitchen that when you stamp on it, gives off a loud low frequency and resonating boom. So stamping my feet and recording the impact close up, I was able to get a good sound I could then manipulate in my DAW. Simply by boosting the low-end and cutting the high-end, then adding some reverb and pitching the whole thing down, I was able to get a convincing sound. I just had to add a small amount of distortion and that was it. These are also good for a large monster or giant’s footstep sound effects. They are free to download here.

Lots more free sound effects coming your way this week. Watch this space for more info. If you like David’s music and want to find out about more of his work, you can visit his website here: https://parkdaleproductions.bandcamp.com/music