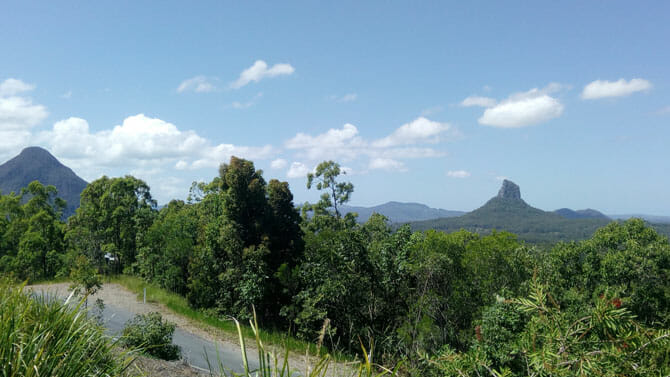 Today I took a trip out into the beautiful countryside of Queensland, Australia to capture the hot summer ambience that surrounds the Glasshouse Mountains. This small range stands proudly in the Hinterland just slightly inland from Caloundra. I’ve been wanting to get out there and record for a while, so today was the day. Just to set the scene, it was 30 degrees, dry (we’ve had no rain for a couple of weeks) and I went out at midday.

I drove around for a while to work out the best spot to record. The key for recording these ambiences is to avoid people and traffic. Easier said than done I thought, but actually I was pleasantly surprised that there were very few cars and no people at the spot I choose, so I was free to record some nice long recordings.

I used my Sony PCMD100 portable recorder (it was too hot to be lugging heavy microphones, recorders and bags around) and simply set it up facing up to the trees. The spot was great because I was able to capture the loud cicada chorus, mixed with crickets and some distant birds and the sound of the wind in the trees. I also captured the sound of flies buzzing around the microphone, so I edited this down to a seperate file.

I’ve added them for you to download for free here.

A new feature I’ve recently launched is exclusive sounds for Gold members, those who have kindly upgraded their accounts with a donation to support us. These sounds also feature longer recordings of some ambiences and other sounds. So the longer versions of this ambience can be downloaded by any Gold members. If you’re interested to know what sounds are available for Gold members, you’ll find them here.

Just a few Kilometres south of our studio is Caloundra, the most southerly town on the Sunshine Coast and home to some stunning beaches. My favourite is Moffat Beach, which is the first beach I ever swam at when we moved over to Australia. The main reason I wanted to record here today was that it also has some great rock pools and rocks that the waves splash up against. So armed again with my Sony PCMD100 I set out to record. Luckily for me, there was a very light wind, so I was able to use just the Sony with a Rycote windshield without any wind noise affecting the recordings. 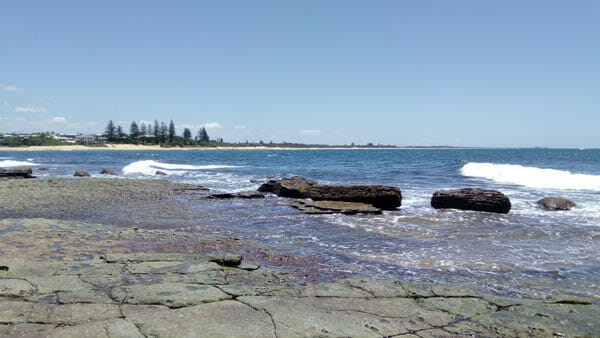 There are a mix of sounds that came from this session, including waves lapping against, around and under rocks, the gentle lapping of waves in a shallow rock pool, some general surf/beach ambiences and also some great cicada right on the beach with the surf in the background.

We’ve been sent a whole batch of new sounds by London Music Mixing, so I’ve started adding them this week. There are some really nice protest ambiences, recorded during a rally in London. I’ve not managed to add these yet, but I’ve uploaded a few of their new sounds which include a gas blowtorch among others.

That’s it for today, there will be loads more new free sound effects added in the next couple of days.