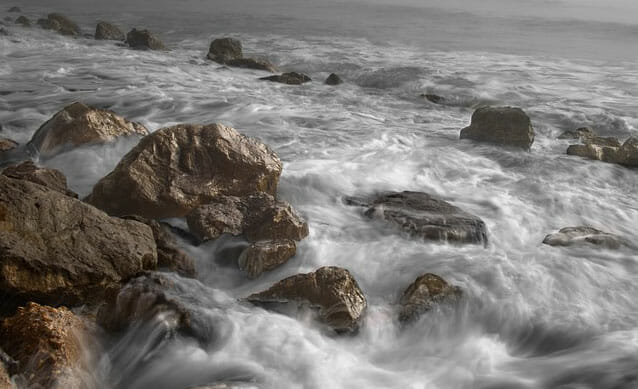 Water is one of my favourite sounds to record. Our free water sound effects also are some of the most downloaded here at zapsplat.com. It may come as no surprise then that ocean wave sounds are up there with not only as our most popular, but also my personal favourites.

I am lucky that I live by the sea and always have. My local beach is made up from mainly shingle and stones which provide a unique sound when waves wash up on them. But on my travels I have also made sure to record wave sound effects on sandy beaches, within rock pools, on rocks, against harbor walls slipways and steps. So if you are going out to record the sounds of the ocean, here are a few simple tips:

Wind almost always whips up every time you go down the beach to record sounds. Even the slightest of breezes can have negative effect on your recordings. Without the wind, we’d have no varying conditions to record so it’s a double edged sword.

I own a range of Rycote windshields kits which do a fantastic job. I do need to purchase a high wind cover at some point but a good quality wind shield will suffice for most conditions (not storms).

I often find when recording ocean sound effects that I have to play around with microphone positioning in order to get the best sound. Most commonly, with waves on shingle or stones, the frequencies are wide with a peak in the mid range. This peak often results in a 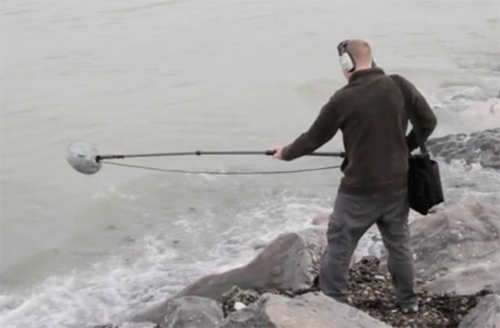 harsh sound, something I have found can be eliminated by getting down to a lower level and as close to the waves as possible. Obviously for a distant ambience, this isn’t normally a problem.

If you are recording from a harbor wall or jetty, it may be a good idea to take a boom pole. Getting close to the water can be dangerous and you could get wet. Using a boom pole helps get closer to the source without getting wet.

Research a beach that has multiple recording options

Just because a beach has the perfect shoreline and is beautiful, it doesn’t mean it is the best to record. If a scene in a film shows a long white sandy beach with waves gently lapping on the shore, the sound effect used could be that of small waves lapping on a dirty beach with sand next to a power station… the point I am making is don’t worry about how the beach looks, worry about how it sounds and if there are plenty of recording options for the day.

If I head down to the beach to record I sound effects I look for things like:

Birds are a sound associated with the beach and there are plenty of seagulls in my area. They may be wanted, they may not. If you do want to record the gulls, take some food down that they will want and throw it into the air. Once they start coming, you’ll be able to record the beach with gulls in a single take. If the water is calm and there is not much other sound, try getting a cleaner recording of the gulls so you can mix that with other ocean sounds later.

Lastly, If you want to record the waves without people, or a beach that is near a road and don’t want the traffic, head down at night. Remember though to stay safe, make sure someone knows where you are going, have a phone with you and don’t go too close to stormy seas.