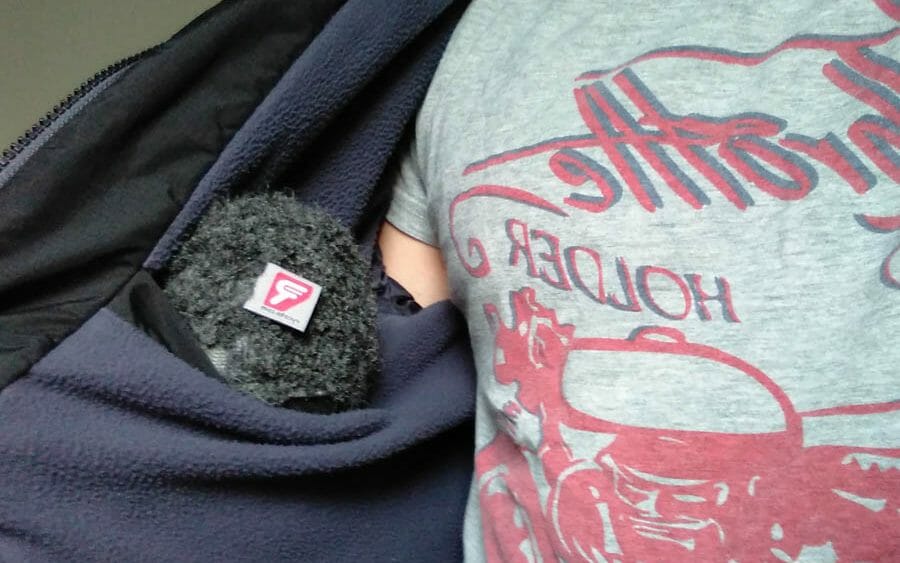 Most of the time, by being at a specific location to record I would not be in anyone’s way or be doing anything detrimental to the people or situations occurring. Often it is easier to say no to someone asking an out of the ordinary request than it is to say yes. Also, people tend to react differently when they see a microphone, by stopping talking, or even starting to talk louder, by asking questions about what you are doing or by deliberately trying to ruin the recording. So for these situations, I record incognito.

My favourite mic/recorder for subtly recording my free sound effects out and about is the handy little Zoom H2 portable recorder. It does a great job at recording high definition stereo sound and is small, light weight and slips easily into my jacket pocket. Hitting record can be a pain as the record button is small, not easy to find with just the feel of you 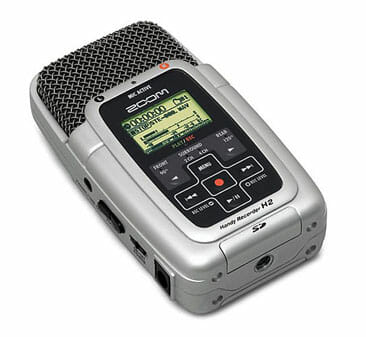 r finger and requires two pushes to start recording. However usually I go into a situation with a large SD card, big enough for over an hours recording and the device already on and recording.

As you can see from the title image, with the Rycote windshield, the recorder isn’t too obvious and I am usually able to sit with the unit recording without being noticed.

I’ve recorded sound effect ambiences in busy shopping malls, cities, onboard busses, on airplanes, at the dentist, in hospitals and many other locations without anyone so much as batting an eyelid. Any portable recorder will do the job however the reason I prefer the Zoom H2 is that the microphones face out horizontally rather than vertically making it much better to aim the microphones in the required position.

Dan White, a sound designer from London, UK says he almost always records incognito as to capture the most natural sound possible:

“People are curious beings and react to seeing something unusual or interesting often by asking what I am doing or what is it for. You can bet for sure that the people on a train will instantly react if I suddenly pointed a foot long mic in a blimp in their direction, not always taking kindly to being recorded. It is for this reason I always keep my equipment in a bag, with the mic pointing out through a gap.”

I remember once being on a crowded coach travelling through New York City and the rattly old interior just made an amazing sound. But the guy next to me would have probably had something to say if I whacked out my mic and started recording. By keeping the recorder hidden and out of view, I was able to capture some great bus sound effects.

So if you are a budding sound designer or just sick of being told no when trying to record, have a think about purchasing a small recorder, or even a pair of binaural recording headphones and just go record!