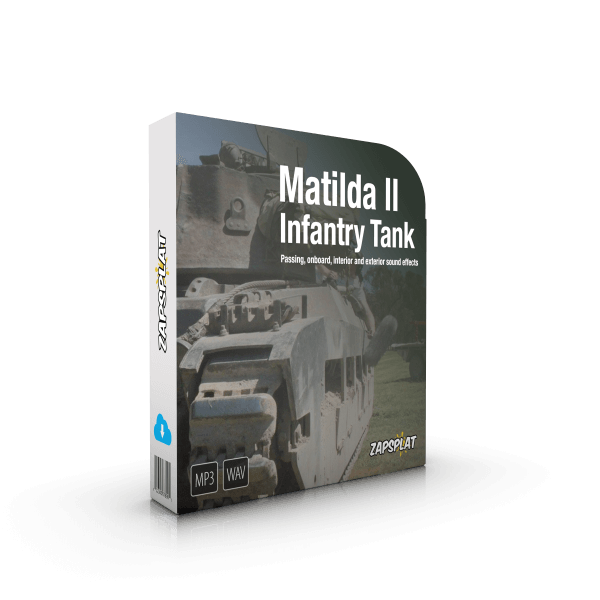 This pack contains 27 sound effects of a British Matilda II infantry tank, heavily used in WW2 and the only British tank to serve from the start of the war to its end. We were lucky to find a working tank on a farm in New South Wales, Australia and were invited down to record this iconic machine. The pack includes various sounds, from starting up and idling, to driving and passing. Interior and exterior perspectives are included too. If you need more sounds of war, we have thousands, including more tanks, battles, guns and even more in our warfare category.

27 files in this pack