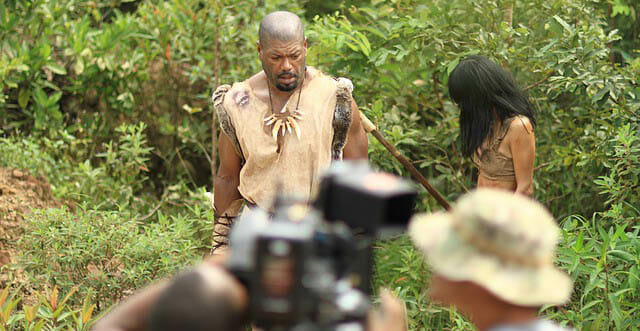 The importance of great sound effects in your film

Are you an indie filmmaker? Have you been neglecting the sound effects in your project, giving more of your time to the visuals? Sound plays an equally important role within movies and television programs and it is often overlooked by those just getting into film production. Just as music dramatically helps convey emotion in a love, death, horror or suspense scene, well placed sound adds depth and realism to a film and can act as the bridge between what a viewer sees and feels.

A common problem I have been asked to help with from newbie filmmakers is creating the right tone for a scene and often it’s the elements you don’t see, the off camera (or even non-existent) that the are the problem. Imagine an outdoor countryside scene. You don’t expect to hear cars and traffic, but instead maybe birds, maybe distant farm animals, a stream close by possible or a light breeze in the grass. Most of these elements won’t exist in the shoot or are not captured by the camera microphones, so they need to be added after. Even though the viewer can’t see them, their brain will recognize these cues as appropriate for what it is seeing bringing greater realism.

The key to adding a great ambient background is awareness. What would you expect to make noises in the surrounding environment and are they appropriate to be added?

Don’t make the mistake of overloading your scene with sounds effects. Often, too much sound takes away from the visual or visa versa. Just because a viewer can see it, doesn’t mean they need to hear it. For example do you need to include the sound effect of people picking things up or putting them down, a dripping tap or a clock on the wall? Quite possibly not. Too many sounds take the viewers focus away from what is important. The human brain does a great job of selective hearing. What sounds can you notice right now by stopping hat you are doing and listening? Possibly more than you realised. Those sounds where there just now, but your brain decided they were not important to the talk you were just doing!

Experiment with Reverb and EQ

Reverb and EQ are two of the most important effects a filmmaker needs to consider for the sound effects in his or her film.

Sound is reflected and absorbed by the surfaces around it. In a small room with no furniture, the sound will bounce between the walls, ceiling and floor, creating a reverb. The smaller the room, the shorter the reverb and the larger, the longer. Think how sound reverberates in a large cathedral compared to in your living room. Investing time in experimenting with reverb settings will pay off and enhance the ambience and believability of your film. The further away in the room a sound source is to the listener, the more ‘wet’ affected by reverb the sound will be. The closer, the ‘dryer’ the sound will be.

Higher pitched frequency sound waves contain more cycles per second, meaning they are more compact compared to lower ones and as a result, over a longer distance will weaken quicker. Low bass frequencies tend to keep more power over distance, explaining why when we are further away from a sound source, the duller it sounds (we hear more of the lower frequencies than the higher ones). Sounds that are closer don’t lose the tone as much for this reason so this is an important factor when working with EQ.

Mixing reverb and EQ can massively help set the sound within its environment. Let’s say, for example we have the sound of a man shouting from 100 meters away in a forest (he was recorded close up to the microphone, so we need to add the right effects here). Firstly, the distance he is away will mean a loss of some of those higher frequencies of his voice so roll them off with the eq. Secondly, the sound will reverberate from the trees, so have a play with the reverb and get the settings right for the environment. Now you might need to add some bird noise and wind in the trees (nope, we can’t see them but these ambience sound effects will add to the expected environment). The scene is much closer to resembling reality now than before.

This is a basic explanation of just some of the factors involved in adding realistic sound effects and how to manipulate them for a realistic film scene. You might need to record sounds yourself, grab them from a paid for library or feel free to download and use any of our free sound effects from zapsplat.com. Experiment with audio effects and above all, have fun!