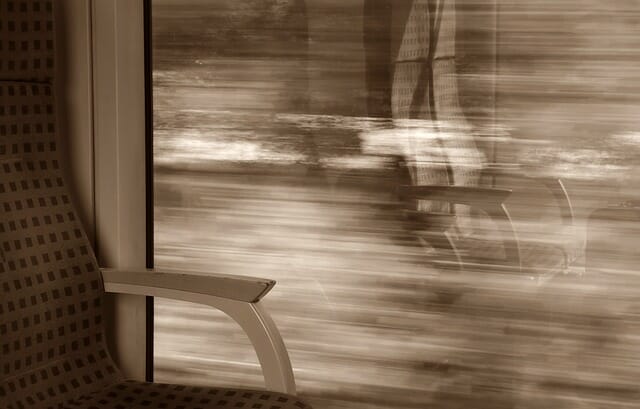 To Squeak or not to Squeak

Convincing sound design is essential to the suspension of disbelief. If your crackling cellophane and air blowing into a microphone doesn’t convince your audience that there is a raging inferno around (but rather sounds like precisely what it is) then they’ll be taken out of the story in which they’re supposed to be immersed. Even if the sound effect you’re using in a scene is a recording of the genuine article but it’s contaminated in any way then you’ll just end up with the same negative effect. This includes being adulterated by background noise that doesn’t fit the scene such as traffic in a medieval setting or system noise from poor gain staging or equipment or an out of place reverb that will notify the audience the sound was captured in a different space to the one in which the action’s happening or any other recording defects such as pops, clicks or distortion.

Sound designers can go a step further though. Rather than simply sounding like what they are supposed to be, sound effects can become an active part of the story instead of just a necessary aspect of its mechanics. In other words, they can be far more than simply convincing. This is where attention to the details of the sound, sometimes quite tiny nuances, really pays off. In this article, I’ll talk about an aspect of this more emotive, more enriching, characterful type of sound design by suggesting some reasons why it might be helpful when choosing or creating sounds for a project to ask the question, “to squeak or not to squeak?”

I first thought of sound design in terms of this question as I was about to drift off to sleep. For whatever reason, I was thinking of the film version of ‘The Girl on the Train’. I’ve never seen it, but I know the basic premise – that a girl witnesses a murder while travelling on a train. I pictured the train rattling along and the camera occasionally cutting to show the train rattling through its surroundings. I pictured it squeaking – a long drawn-out, mid-range squeaking, nothing over-done, but something that could, in the right context, seem a little ominous, particularly if it happened just before she witnessed the murder or down right chilling if it were used a little more intensely during the murder itself, the dissonant musicality of the scream functioning as the sound track to the action. The camera could cut back and forth between shots of what she was seeing through the window and the train rattling along. I wondered if this was how it had been done in the actual film, i.e. if the train had squeaked.

My mind had, without any conscious decision, first pictured the train squeaking, but equally, the scene might have had a powerful impact with no squeak at all. The train might have been one of those super-quiet electric trains, the sense of warmth, comfort and safety afforded by its quiet purr jarringly contrasting with the completely silent, frantic tableau unfolding before her eyes. Perhaps, in this version of the scene, the score would lead the way.

So here we have two attempts to achieve the same emotional impact by essentially opposite means – method playing up the desperate nature of the situation with a chaotic, noisy, unnerving sounding train or at least using those sounds to signal something isn’t right, something is about to happen, and the other playing up the girl’s separation from the murder, her powerlessness to do anything about it by having calm, quiet subdued sounds play against terrible visuals seen from a distance. Neither method is necessarily better or worse, but each shows choice and conscious effort to take the sound design for the scene beyond the merely functional. Each provides an opportunity for a sound designer to put their particular stamp on a project.

Of course, when imagining how this scene might go, I am straying into the director’s role a little, particularly when picturing how the scene might be shot. A director taking such an interest in how their film sounds that they might occasionally pose themselves the same question, “to squeak or not to squeak”, can only benefit a project greatly. Once the director has made their decision on how a particular scene will go, the choices a sound designer makes within those bounds still have a considerable influence on how effectively that vision is realised, which is why the little elements are so important.

Having started along this train of thought with my musings about ‘The Girl on the train’, I thought about squeak sounds in more detail. Squeaks come in all different shapes and sizes and so are incredibly versatile, so versatile in fact that they can be used to make contrary statements about an object or evoke contrary emotions in a scene.

Squeaks can, as we’ve mentioned, sound very ominous, as in Saving Private Ryan where, under Stephen Spielberg’s direction, sound designer Gary Rydstrom used squeaks as a central element to convey the as yet unseen approach of German tanks as he discusses 13 minutes into this excellent documentary on the film’s sound and music.

They can also help to evoke laughter. Squeaks often mean something is in poor condition – it is old, doesn’t work properly or needs oiling. Squeaks are used in this way as an illustration of the plight of a certain naughty and ill-fated snake from Disney’s animated Jungle Book. There’s an air of battered defeat to the squeak that ends this scene.

Age is far from always a bad thing. An old house, assuming it isn’t haunted, can mean safety, stability, solidity, an accumulation of memories from a family that has lived there for a long time. In such circumstances, little, under-stated squeaks, a floorboard here a door handle there, can seem friendly and provide an air of coyness or even grandeur. The display cabinet in which the lord of the manner keeps his prise show-pieces might have a pompous little squeak if it’s only opened for very special occasions or favoured guests. On the other hand of course, he might be very fastidious, insisting the servants oil the hinges regularly, so again we have compelling reasons both to squeak and not to squeak.

Expanding on the theme of coyness and comfort, squeaks can be relaxing. It’s very rare to hear a rocking-chair or porch-swing that doesn’t have some kind of squeak or creak. There’s a scene in Pixar’s Wall-e where we see the faithful, battered, lovable waste disposal robot go to sleep. He tucks himself into his revolving shelf-rack and sets it going while watching his favourite scene from his comfort video. You’ve probably guessed already that the shelf-rack squeaks, simultaneously conveying that it’s well-worn (it probably was salvaged from the rubbish the earth has accumulated after all) and conveying the homeliness of the scene. Check out the clip around 1:20 through this video.

Where shoes are concerned, squeaks often indicate newness. The team behind the sound design for the Green Mile decided that bullying coward prison guard Percy’s boots would have a squeak. As he walks the Mile, you can hear that fussy little squeak, which reinforces his character portrayal nicely.

Whether or not you decide a particular prop or door is going to squeak most of the time, that doesn’t mean you can’t change your mind in certain circumstances without sacrificing the plausibility of your sound. The way we interact with materials has a profound influence on the sounds they make and this means, not only can you use squeaks to make general statements about a place or character, you can also use them to communicate a character’s mood at the time. The pitch of a door’s squeak varies dramatically according to how hard it’s moved. Sometimes, a door will only squeak or creek if moved in a certain way. So a door that doesn’t squeak in broad daylight when happy family scenes are taking place may well squeak when being opened far more slowly and hesitantly by a fearful character creeping through a darkened house or one blown open by a mysterious night draught.

Even if your come-and-go squeak doesn’t strictly adhere to the laws of physics, that’s okay up to a point. It’s a well-known fact that our hearing is far more acute at night, that we notice sounds far more in a still, dark environment. If done well, your audience may easily believe that they simply didn’t notice the squeak before or that the door is simply being moved in a different way.

So we’ve established that squeaks can be ominous and eerie, funny and cute, cosy, rackety, old, new, fussy, pompous and more. You say something about the object you are illustrating with your sound whether you decide it should squeak or not. This makes a squeak, no matter how little, how low or high, a very powerful tool in the sound designer’s arsenal. What other moods have you noticed squeaks evoking in games and films? Feel free to share them with us on Twitter or Facebook or via our contact page.

You needn’t limit yourself to the one question posed in this article. The more little details you consider, the deeper into the project you’re working on you’ll be. How much pop, crackle, rumble or squeak should that fire have and why? Should your computer or gadget beep? What kind of ring tone would this or that character have? How bright and babbling should that river be and how loud? Hopefully, this article will inspire you to come up with a series of your own questions when tackling scenes and perhaps you’ll even find yourself asking “to squeak or not to squeak.”