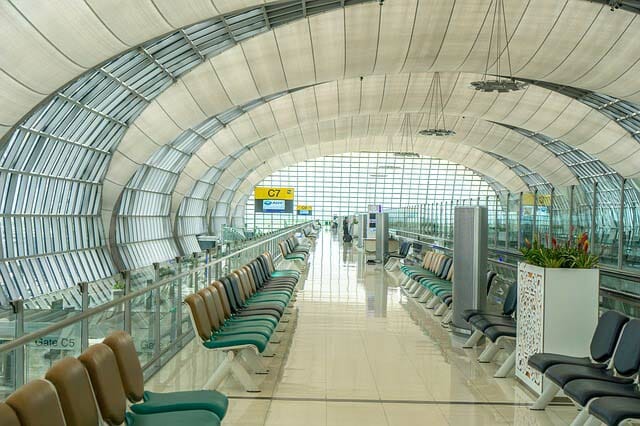 Loads more free sound effects have just added to the library, along with some requests too. Here is a break down of just a few of them…

This request came in last night via email so I spent some time today creating them. A user asked for some realistic train station announcements, specifically in English and with a large reverb added to make the announcements sit in the background of a scene for a movie. They needed the language and accent to be distinguishable, but also to sound like they are in a large station environment and not to take away from the dialogue in the scene.

The challenge here is to get the balance right between a voice that can be heard, but not to allow the user’s ears to focus in on what the announcement is saying. I used a simple trick to achieve this. Normally such announcements would be created dry and the sound editor would then add the required reverb and other effects to place the sound in the environment correctly. However the brief here was to add the reverb for the user. This gave me a great way to use reverb to mask the actual words being spoken, but to also allow the sound to blend into the background. I used a large reverb, with a long pre-delay and mostly wet mix, with a little dry signal. I also had to use some EQ to make the announcement sound like it was coming through a tannoy system, which was added first in the effects chain.

I realised I didn’t have any ‘Mind the Gap’ PA announcements that you’d typically (or famously) hear on the London Underground trains. I obviously couldn’t record the real one for various reasons (including I wouldn’t be able to capture a clean recording due to engine, people and other background noises, but more importantly because it’s a recorded announcement and almost certainly under copyright.. see here for reasons why) so I created my own versions from scratch. You can download them here.

I decided that as I was setting up an environment for the above train station announcements in my DAW, I would also record some generic airport announcements too. Using the same techniques as above, I recorded myself reading out some typical phrases you’d expect customer service to say over a tannoy at an airport. These were last calls for flights and also some gate calls too.

These were on my list of sounds to create (and I intend to record more), so today I set about recording carrots, garlic and lemons being sliced. These are fairly simple single sounds that can be used to create a sequence, or used just on their own. The lemon slices are particularly juicy, which may work well for some gore sounds if you need them!

I’m working right up until Christmas eve on new sounds and can take requests until then. I’ll be having a few days rest from December 25th to the 27th, then I’ll be back on it recording and creating more sounds.