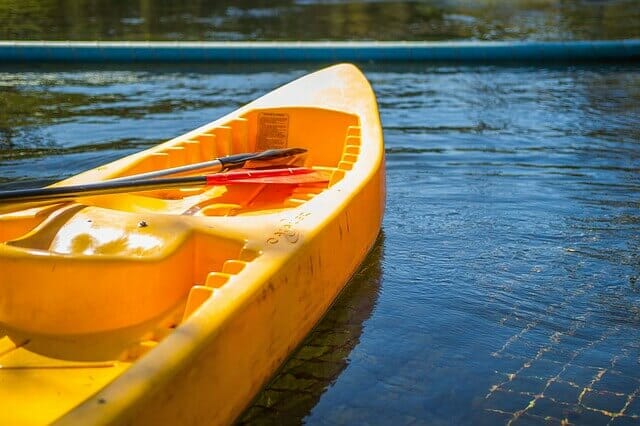 We’ve just uploaded our 17,000th free sound effect and are working hard to add more professional quality sounds to the library. Every day I am in the studio or out on location recording and creating new sfx. Many are requests made by our users, while many more are sounds recorded and created by myself or our contributors. Here is a breakdown of the latests sounds:

I love nothing more than being out on the water, so if the opportunity to record a boat comes up, I always jump at the chance. Our free boat sound effects are also very popular with our members so I’m always keen to add more. Today I was lucky enough to get my hands on a single man plastic kayak and set to work recording as many sounds as possible. First up I recorded the boat being dragged across hard ground which was actually more like concrete but it makes an amazing sound that is usable for a range of different boats. There are a selection of short and longer drags that can also be merged together to create a larger boat sound if required. I also recorded the boat being put down on the ground. All our boat sound effects can be found here.

Once these had been recorded, it was time to hit the water. I launched the boat from a wooden jetty into a calm body of water at a local river. The resulting scrape into a splash is a fantastic sound. Once in the water, I recorded lots of different soundfx, from general floating and water lapping against the hull, through to the kayak bouncing off the side of the wooden jetty in small waves.

Lastly I recorded several paddle and paddling sounds, from the paddle being put down in the hull of the boat, through to paddling on water. I recorded these as single sound files that can then be synchronised to picture, or layered up a desired.

Having 4 children, our house is full of various games, so I took a few with me to the studio today and recorded them. First up was the classic Twister game. Many of us will remember the awkward and sometimes slightly painful positions this game would force us into. To try and capture the essence of the game, I recorded hands and feet movements and hitting the plastic sheet that comes with the game. I also recorded sheet movements, shakes, being unfolded and laid out on the floor.

The spinner is another sound we’ll likely remember, so I recorded a few spins too.

Rummy-O isn’t one of my favourite games, but it comes in a lovely tin and the game itself provides lots of sounds. Firstly there are the sounds of the tin being opened, closed and dropped, then the sound of the lid being hit, dropped and some other movements. I recorded the plastic playing bricks or tiles stacking and movements on the plastic rack that is part of the game.

I also recorded a few other soundfx today, including some card box sounds (dropping, movements, shakes etc) and an old photograph I found. I realised I didn’t have any sounds of photographs being handled, so in case they are ever needed, we now have some.

Are there any sfx you’ve been searching for but can’t find? Please let us know.