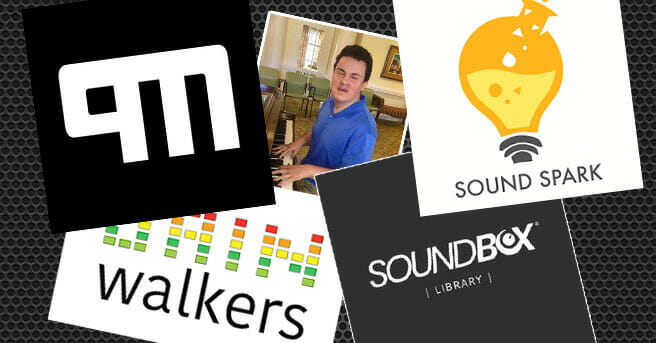 A bumper Batch of Blockbuster Quality

We’ve had a huge influx of new sound effects lately, much of it from brand new contributors. This article is a whistle-stop tour of some of those sounds and, more importantly, a chance to introduce our latest sound designers and recordists.

Before we get into that though, I just wanted to take a moment to thank all our contributors, both new and long-standing for the awesome quality and diversity they bring to Zapsplat through their sound effects. I’m always impressed by the fact that none of them pull any punches with the sounds they give us. They don’t give us the sounds that didn’t make the cut for their commercial work. Rather, all the sounds here are every bit as good as those you’ll find in their libraries or that they’ll make for you in a custom project if they offer that service.

So if you’re reading this article as a contributor, thanks again for all you do for us and let us know if there’s anything we can do to help get  your name out there. If you’re reading it as a consumer, I hope you enjoy the sounds as much as I do, that you find them useful and that, if you do, you’ll stop by the contributors’ profiles for the sounds that helped you and your work where you’ll find among other things, a PayPal donation button. Remember, our contributors work hard to create these amazing sounds, so if you feel it appropriate, why not send them a small donation. You’ll also see on their profile pages a link to their websites and possibly sounds for sale elsewhere. Now let’s get into it!

Sound is vital for pretty much any project, but, in some cases – podcasts, commercials etc, music can be even more vital, so I was thrilled when one of my old students from a Reaper course I taught, Jes Smith, a really good musician, agreed to let us host some of his compositions.

Check out Jes’ content here, which includes moods from rock to country and cartoon. Here’s my personal favourite.

Check out all of Jes Smith’s sounds via their profile here.

There are some types of sound you know you’re going to need again and again whatever projects you do and, in order to avoid your production sounding canned, the greater variety you have within that type, the better. Then there are some sounds that are hard to find – the gaps in your library. Gain Walkers provides great sounds in both these categories.

You’ll find a variety of door sounds from elevators to bedrooms, not just featuring different types of performance from soft to slam, but also close and distant perspectives, which is something you don’t often see in collections of doors. There are also window sounds, which, despite owning a personal collection of around 200,000 sound effects, I don’t have nearly enough of, so I will be glad of them. In addition, his motorbike sounds include several false starts. I find that vehicle sounds are easy to come by, false starts less so.

A relatively rare sub-category of ambience that I’m always looking to expand is school backgrounds. Gain Walkers’ Zapsplat collection features classrooms, playgrounds and cafeteria ambiences. There’s even a hospital waiting room ambience and hospitals can be quite difficult to record.  Featuring British children, an ambience from Berlin and a Spanish walla, the collection also spans multiple nationalities.

The nature ambiences in the collection feature cicada sounds prominently and it’s one of these I’m including here, since it was an article that Gain Walkers wrote on cicadas (which you can view here) that first caused me to come across him.

This sound also made me smile because there are a lot of magpies where I live, but I’ve never heard one so loud and obnoxious. 🙂

Check out all of Gain Walker’s sounds via their profile here.

Time to welcome Sound Spark, whose collection offers both ready-to-go sound effects and source material that a construction kit for sound designers to build sounds for use in their projects.

We have growling synth glitched tones and frequency sweeps as well as mangled fireworks recordings, ideal for further mangling by the end user. Then there’s several variations of retro-style laser blasts, which could be well-suited to arcade style games and apps, as well as several drones. As a counterpoint to that, there are dry ice sizzles, metallic impacts, clicks and clunks.

There are also impressive magic/sci-fi sound effects. Here are a couple I really like.

Finally, perhaps my personal favourite from this collection is a forest ambience. I love the stereo image and how close the buzzing insect gets. Check it out here.

Lastly, what’s great about this collection is that the ambiences, drones and forests alike, are edited so that they can be looped seamlessly, always useful if you’re in a hurry.

Check out all of Sound Spark’s sounds via their profile here.

I first came across Soundbox library on Twitter as their Mountain Streams & Rivers Collection was receiving a lot of acclaim. You can  check out a sample of that library as part of their Zapsplat’s collection.

Rivers are another category of sound that I don’t think you can have enough of. They have so much character and so many different moods as they grow, which means they can set the mood of a scene in a story really well. I think A. A. Miln said it best:

By the time it came to the edge of the Forest, the stream had grown up, so that it was almost a river, being grown-up, it did not run and jump and sparkle along as it used to do when it was younger, but moved more slowly. For it knew now where it was going, and it said to itself, “There is no hurry. We shall get there some day.” But all the little streams higher up in the Forest went this way and that, quickly, eagerly, having so much to find out before it was too late.

I think that Sounbox library’s river recordings do a good job of capturing these different moods and stages. The water sounds include an underwater recording as well, which is nice for a different perspective.

I’m not usually a big fan of stereo electromagnetic recordings because of the way that a lot of sources sound as you move the pickups around on them except when the source has moving parts that generate electromagnetic fields such as scanners. However, in these recordings the stereo pickups are well-placed so that the imaging makes sense as in this example.

The most interesting sound for me in this collection was this series of electromagnetic fluttering whooshes.

Check out all of SoundBox Library’s sounds via their profile here.

Last but not least, we have a considerable trove of excellent sound effects to introduce from PMSFX. This collection also features  electromagnetic sounds and sound design. I particularly liked this interesting seamless loop.

The hybridization of electromagnetic source material and sound design is something I haven’t seen in many libraries and is a nice addition.

This collection includes a wide variety of dynamic Foley sound effects such as coins, newspapers, books, doors, camera mechanics, drawers, keys and more. There are ocean ambiences, a train passby and this rather nice church ambience.

Where this collection really specializes is in cinematic, larger than life sound design. In fact, I first came across PMSFX when I saw a demo for one of their cinematic libraries, Industrial Terror – Hits & Transitions. There are intricate robotic sound effects, gruesome bone break and gore sounds, stingers and other accents, twiddly UI effects, energy weapons and drones, which loop seamlessly while remaining rich and organic. I like this sci-fi cityscape drone in particular because it’s one of those sounds that no-one has heard before, but that sounds exactly how you imagine it would sound if such a thing really existed. The sound bears enough resemblance for me to a multi-story car-park to be grounded in reality while sounding alien and futuristic.

Finally, PMSFX has also provided some seamlessly looping, royalty-free electronica. I especially like this piece because of its vocal element.

Check out all of PMSFX sounds via their profile here.

That’s it for the moment. Do browse our contributor directory and explore these sounds yourself to develop your own personal favourites. With so much growth in such a short time, I for one can’t wait to see what happens round here next.