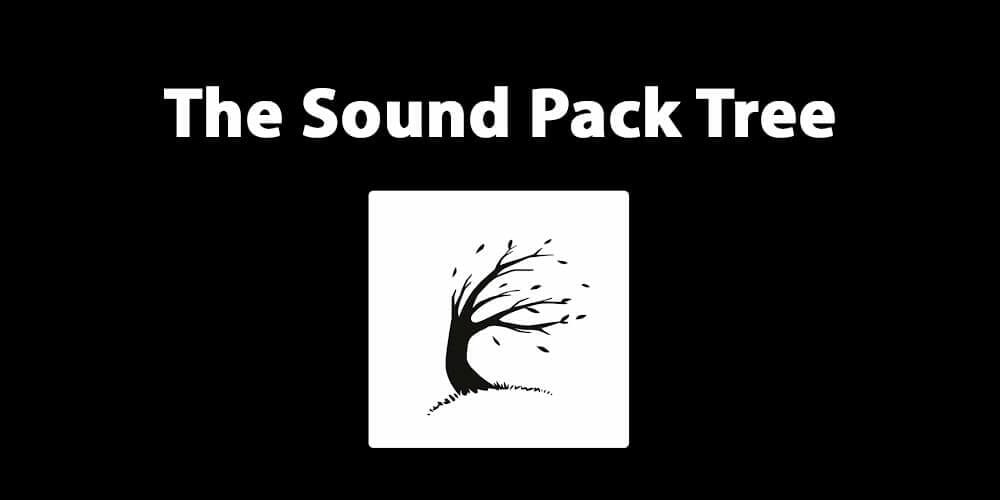 All Sorts of Fruit in Season on the Sound Pack Tree

It’s time to welcome another contributor to our community – the Sound Pack Tree. We’re fortunate enough to be able to offer you 100 sounds from their catalogue and what a diverse catalogue it is.

When I was a teenager, eager for more sound effects, I would scour the shops for CDs. Usually the libraries I found would be general purpose ones, filled with sounds of all types. I was reminded of some of those CDs when browsing the cache of sound effects the Sound Pack Tree has generously given us. As with those CD libraries, you never know what’s coming next. The only difference here is, of course, that these sounds are better quality. While it would be difficult to capture the full breadth of this batch without listing all the sounds in it, here’s a quick tour of some of the highlights. For a more detailed look, you’ll have to browse yourself.

I first came across the Sound Pack Tree when I encountered the amusingly named collection entitled ‘This Library Sucks’. In it, the Sound Pack Tree, connected a vacuum to a very long hose so that the sounds of its suction would be isolated from the motor and recorded them. The results are some very interesting sounds that serve as excellent source material in contexts ranging from cartoons to the creation of production elements. We’re able to share a sample of this library with you, which includes this sound, which reminds me of a sliding door.

Other sounds on the weirder branches of this tree include a flute imitating a bird call and this rather trippy, psychedelic texture.

There are some real gems in this library that are either hard to find elsewhere or that it’s impossible to have enough of. There’s a record scratch of the type made when someone abruptly pulls the needle off a record. Only the other month someone requested a sound like that from us. There are also two electricity sounds and convincing electricity sounds are always useful to have. There’s the sound of a dentist’s suction tool, which I think is great as I have very few dental instrument sound effects in my library.

We have a brief crackle such as is made when a headphones plug is connected. Not the most exciting sound in the world, you might think, but it’s these little sounds that give realism to the soundscape in a project, the kind of sounds that people only notice, albeit perhaps subconsciously, when they aren’t there.

Perhaps the most modern and high-tech of these gems is the sound of a drones propeller.  In a world where the use of drones is becoming ever more common in private, commercial and military spheres, you can never have enough drone sounds and they are still quite rare.

There are plenty of other vehicles and engines as well – a motor scooter complete with horn, a motorcycle, an idling helicopter, a bus idling, a diesel engine with pump, a cable-car and some trains. I’ve always found train sound effects, particularly the sounds of trains passing, very evocative. There’s something frantically ominous about all those tonal whooshes moaning passed you, the squeaks and the roar, the clunks and clatters. There are rumbles and rattles aplenty in the provided field recording of a passing freight train and some great squeaks in this passing train sound.  The tonal whooshes I mentioned are spoken for in a recording of a passing passenger train while, for those who prefer their trains calmer, there is a recording of a train in motion from an interior perspective.

The descriptiveness of the file names is particularly useful here. The name of the recording of the bus engine specifies where the recording was made from – by the front of the bus and the recording of passing ambulances specifies that they are German. It’s really important to use the right sirens for emergency service vehicles in the right contexts so having this kind of information is very useful.

For those looking for even more dramatic sounds, there are other sirens – an air-raid siren, a buzzing alarm and a distorted synth siren that is decidedly sci-fi. There are also some sci-fi vehicles including a space glider pass-by and a star ship ambience. Added to these, we have sci-fi textures, whooshes, doors opening and closing and this great cannon impact.

The Sound Pack tree has also given us some very nice ambiences including a busy beech perspective, a boiler-room room tone, public toilets, a school playground, a watermill, a public swimming pool, some traffic and birdsong. There’s also this ambience captured inside a Russian church, which is rather nice.  What’s more, there are these great, rather calamitous church bells, which would be ideal for heralding an invasion or providing some other kind of warning.

Also in the bells category, we have a couple of nice sounding small bells and an electronic door-bell. This last sound could also serve very well as a public address system notification tone.

There are plenty of weather sound effects about. You can buy whole libraries dedicated to rain, thunder and wind, but hail sounds are comparatively few and far between, which is why I was very glad to see this hail shower sound effect.

The collection is rounded off with a miscellany of other interesting sounds. We have the sound of fasteners and jewel cases opening and closing, a pig, a cockerel, a bubble, movements of a shopping cart and cargo trolley, a brick being dragged, a pressure washer, this interesting musical reveal sound,  a mobile phone notification jingle, Morse code and this meaty axe blow.  There’s also the sound of air escaping from a puncture, which has a distinctive whistle. It struck me that this would serve as a great layer in a sci-fi energy discharge or sparks and arcs.

In short, this collection is a great overview of the prodigious talent the Sound Pack Tree has to offer and we’d like to thank them once again for there comprehensive contribution.

If you’re recording or creating great sound effects, don’t keep them hidden under a bushel. Get in touch with us to find out all the benefits of becoming a Zapsplat contributor.