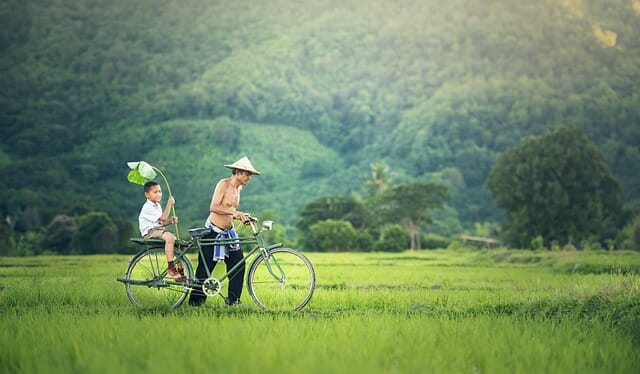 Today was another busy day recording and editing and then also uploading some sound effects that have been waiting to go up for a while. I’ve been busy in the Foley studio yesterday and today recording some sounds that had been requested and also just general sounds I decided were needed in the library. Our contributor Marcel Gnauk of Free to Use Sounds also sent a huge 3GB file last night that contained some truly amazing nature recordings on the Doi Suthep-Pui National Park which I think you’ll agree are just beautiful. Here is a quick breakdown…

I love spending time in the studio playing around with anything and everything I can get my hands on. I often just pick stuff up that’s been dumped by the side of a road and bring it back to the studio to record it. Then I can dispose of it properly (a double win). As they say, one man’s junk is another man’s treasure. Things like old hinges and pieces of metal, wood etc can produce some amazing sounds.

I actually found an old saddle dumped out on the road the other day. It was in pretty bad condition but it was in one piece. Not wanting to let this fantastic thing go to waste I grabbed in and brought it back to the studio. So far I’ve only recorded it being set down on the ground, but over the next few days I’ll use it to record loads of saddle Foley.

I also was lent a steel strung acoustic guitar just for practicing with, so I have stared recording sounds of the guitar being put down on a stand, some strums and a few other sounds. I also used it to create some cartoon effects by taking single string picks and then playing with the pitch in Adobe Audition.

I also raided my kids toy box (again) the other day and pulled out some classic toys. I used to love playing with my old View-Master stereoscope, flicking between images lit up by daylight. My kids have a cheaper version at home so I recorded a few variations of the film disc being slid in and out and also the plastic lever being pushed down and released.

Lastly I want to mention the amazing nature ambiences recorded by Marcel Gnauk in Thailand. The Doi Suthep-Pui National Park sounds like a beautiful place to visit if these recordings are anything to go by. Marcel has captured the sound of creeks, waterfalls, frogs, insects including cicada and fireflies and much more. You can go grab them all here.

Lots more new sounds coming tomorrow, so long as my new package of equipment doesn’t arrive. If it does, I’ll have loads of new shiny microphones and a new recorder to set up and get used to. That will mean I can get out into the wild and start recording more nature ambiences, industrial sounds, public spaces, vehicles and more.