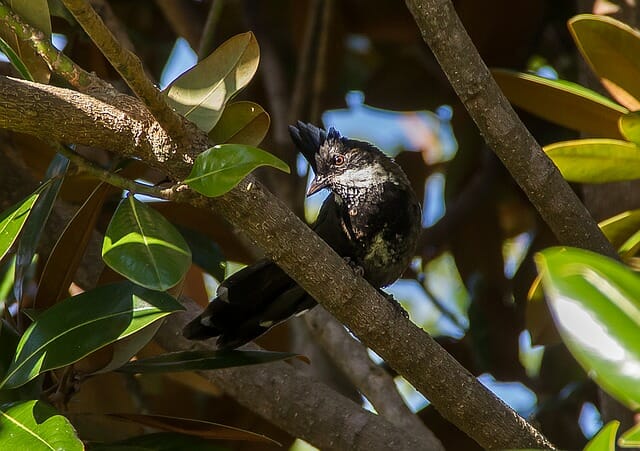 After a very short break (I’ve had 4 days off due to some family commitments) I’m back on it uploading loads of new free sound effects. Even though I’ve been away, I’ve still been recording and editing new sfx, so here are the latest uploads:

I didn’t know what the Eastern Whipbird was until researching after these latest recordings, but I did know that the sound of this tropical bird can often be heard in rainforest and jungle sound effect ambiences, so I was pleased to be able to capture one or two so close up this week. I took a trip to the Buderim Forest Park in Queensland, Eastern Australia and managed to capture the sounds there. The park is a conservation area and probably the remnants of the lush forests that would have been destroyed for housing. The park features creeks and waterfalls which I have previously recorded and included in the Subtropical Rainforest Creeks and Waterfalls sound pack.

For good measure I also mixed the sound of this beautiful bird with some previously recorded rainforest ambiences and evening insects to create the ambience of a rainforest during the evening.

My wife smashed the glass turntable from our microwave this week and I managed to salvage it just before she threw it away. The reason I wanted it was to be able to smash what was left and record not only the impact, but also the movements etc of the glass pieces. While there are lots of glass impacts and broken glass movements in the library, there are not any of glass of this particular thickness (well there are now).

I have just uploaded several different glass impact sound effects and also many variations of the glass pieces that resulted being moved around and dropped etc. They can be downloaded for free here in both mp3 and wav format.

Often just for fun I’ll play around with my favourite FM synthesizer and get some interesting and useful sounds. In the past I’ve used this for everything from science fiction forcefields and drones through to cartoon impacts and other weird and wonderful sounds.

I randomly managed to create some great horror shrill sounds, a bit like grinding metal with a nasty shrill, perfect for adding atmosphere or shocking elements to any horror movie, game or app etc.

There are also some cartoon falling whistles that came from this session and a few other weird sounds that can be downloaded and used for free. Grab them all in out Sound Design category here.

I’m pleased to announce that Justin McLeod (a sound designer I’ve been speaking with for a while) has just submitted some great sound design elements that I’m working through now and will hopeful upload later today.

Also Glitched Tones has just sent over a load of new sfx too, so these will also be uploaded in the next day or so!

While I have been away there have been a few sound requests come through in the forum. I’ve not had a chance to complete some of them yet but will be on it asap.