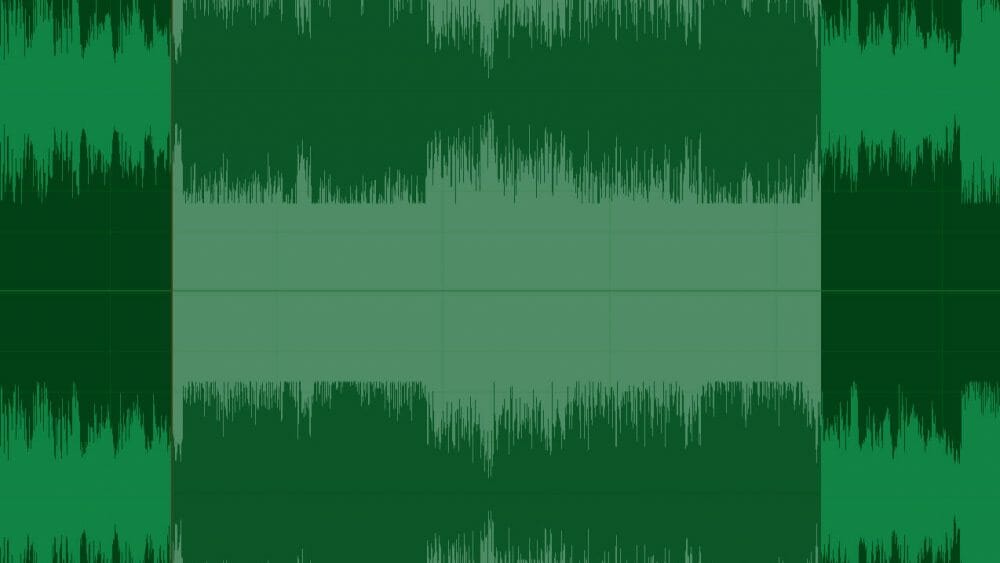 The secret of looping no one told me (for ages)

Pretty much all scenes in films, TV programs, audio dramas etc require sound effects. The difficulty is that the sound designers who capture and design those sound effects likely have no idea how long that scene needs to be unless they’re working directly as part of the project. How then can those incorporating the sounds into the scene make them the right length and what can sound designers do to make their sounds as useful to as many people for as many applications as possible?

One way to overcome this problem is to make sound effects, particularly ambiences longer than most scenes. Then, all the editor needs to do is cut out a section of the required sound to fit the scene, perhaps put fades at the beginning and end and mix it in.

Some sound designers do indeed employ this method; there are sound effects that exceed ten minutes in length and this method certainly has some advantages. If multiple scenes occur in the same location at the same time of day, different sections of the same sound can be cropped to fit the different scenes, giving the production a more organic feel. There is no need to loop the sound, which, depending on the exact nature of the sound can require some fiddling and can result in noticeable loop points. If, for example, a scene takes place in a park and there is a particularly distinct laugh or baby cry, this may be picked up by keen listeners in the audience when it is repeated, which may jar the suspension of disbelief.

There is a significant disadvantage to this method however – it’s very bulky. As media become available in increasingly high quality forms, the need for sounds to be provided in higher quality formats grows. The standard at the time of writing this article is 96 KHz 24 bit files. A ten minute file at this quality weighs in at 345.6 MB. It gets better. The demand for ambiences in surround is increasing. the same length file in 5.1 surround weighs in at 1.0368 GB gigabytes and that’s just for one file.

A sound designer working on any project will need access to a large number of such files, both to fill the different needs of all the scenes in the production and to provide options to choose from so that the best sound can be picked in each circumstance. Perhaps sounds will need to be layered, making the number of sounds required even greater. Sound designers must either access these files via online libraries or from local libraries he/she owns on hard-drive. Bulky files take up significant storage space, require longer download times and require more band width for the host in case of libraries that are based online. Owning a large number of files of this length is impractical even in this day and age.

there’s another issue, a media genre for which all bets regarding scene length are off. Game audio presents a unique challenge because there are no fixed lengths for scenes. How long a given sound will need to play is dictated by the speed of the player. They may whizz through a given level or spend a considerable time shopping for items or trying to solve a puzzle. They may even pause game-play to have dinner, but leave the game on in the background. Sounds must play for however long the player requires and they must loop seamlessly. The player must believe that the environmental sounds he/she is hearing are real. Obviously, it is completely impractical to attempt to provide sounds of such an indeterminate length.

As mentioned above, looping sounds is not without its disadvantages. If sounds are not curated carefully by the sound designer, a looped sound becomes easily recognizable, but if either the end user or preferably the sound creator knows how to create a seamless loop, it’s possible to create very compact assets that can run for as long as required, either by being pasted end to end for the duration of a scene or by being looped by a game’s audio engine. This article will show you how to do it.

Many sound effects are not readily loopable, that is to say the end is different from the beginning or the sound designer put fades at the top and tail of the sound. There are two ways to loop such sounds easily. Either cross-fade the tail of the sound with a suitable point near its beginning, which works particularly well for sounds that rise and fall such as traffic, the ocean and crowd noise, or cut a portion of the sound from the middle and loop that.

If employing this latter method, it is important to ensure that you pick places in the sound at which to make your cuts that are as similar as possible and, crucially, to make your cuts at zero-crossings. Zero-crossings are the points at which the undulating wave form crosses a point where it is at zero amplitude. What this basically means is that you are sticking two wave forms together not only at a point where they sound as similar as possible to the human ear, but at a point where the are at the same instantaneous volume. Splicing audio in this way contributes significantly to avoiding clicks and pops that make edits noticeable.

There are many circumstances in which these looping techniques will be insufficient. Sometimes it’s very difficult to find a point, even when taking zero-crossings into account, where an edit will go unnoticed because of differences in the sound either side of the loop point. This is particularly true in the case of audio with a prominent, wavering tonal component such as that produced by a motor. There is a more advanced technique that, once implemented, will produce great results.

Step 1. Isolate a portion of audio of the appropriate length. It’s surprising how short a loop you can get away with in certain circumstances, such as when dealing with helicopter, river, fire or alarm sound effects. If it’s an ambience loop you’re trying to create, try to ensure it has as few distinguishing features as possible. It should clearly give a sense of the place it’s representing without containing components that will give away that the sound is being looped. Obviously, it will only be possible to achieve this in relative terms for most sound effects, particularly those involving walla, sounds, i.e. sounds of a crowd of human voices or animal sounds.

The ends of this portion should be as similar to one another as possible. If they are different, the transition from the end of the clip to the beginning will be obvious.

Step 2. Cut the beginning of the clip to the clipboard, ensuring that you make your cut at a zero-crossing. How much you cut off depends on the material you’re working with and will require experimentation. I generally work with anything from 0.2/0.5 seconds to 2 seconds.

Step 3. This is the really clever bit. Go back from the end of the portion you have isolated the same amount in time as you cut from its beginning. So find the end of your clip and move your cursor back 2 seconds for example. Then, paste the first two seconds of the file that you cut off from the clipboard to your time-line. The first two seconds, now no longer at the beginning, will overlap with the last two seconds.

Step 4. Cross-fade the overlapping sections so that the longer section has a two second fade out and the pasted section has a 2 second fade in. This means that, at the very end of the file, all you will hear is the section cut from the beginning. Now, if you loop this clip, the join should be absolutely seamless because it was in reality before you fiddled with it, i.e. the new end of your clip should marry up perfectly with its beginning because, when recorded or designed, they used to be adjacent anyway.

Things to watch out for

If the beginning and end of your clip are substantially different, e.g. if your ambience started out busy and then, by the end of the section you isolate, they’d all gone away, it may be difficult or impossible to make the loop sound natural despite the advantages of this technique.

Also, getting the fade length and curve right is crucial. The cross-fade must be smooth so that there isn’t a bump or dip in volume that sounds unnatural. If you’re dealing with tonal content, watch out for the strange de-tuning sound that might result from cross-fading two portions of motor that are slightly out of tune with one another.

One way to make the fact that you are looping sounds that are possibly very short indeed even less obvious and the result more organic is to layer a number of loopable sounds of differing lengths. In this way, it will be possible to ensure that it will be a long time before exactly the same audio recurs because, while one sound reaches its loop point, others will still have a way to go. When they reach their loop points and start again, their audio will coincide with a different point in the first sound. Needless to say, this is obviously only appropriate if the layers complement each other. If you’re just looping a river at night and the scene is supposed to have a sparse soundscape, this technique may work against the effect you want to achieve.

Zapsplat boasts many loopable sounds from the likes of PMSFX, Skyclad Sound and others. However, if the sound that is ideal for your project isn’t loopable, now you know how to fix it. On the other hand, if you’re a sound designer looking to make a compact but highly useful library, hopefully this trick will show you how to do just that.

Special thanks to mixing and mastering engineer, editor and audio restorer Derek Lane over at Lanes Audio for demystifying this technique for me at long last. I hope you will find it useful.